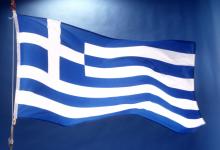 Greece has more than 6,000 islands, of which 227 are inhabited. Greek islands are both electrically interconnected and non-interconnected to the mainland. The non-interconnected islands consist of 29 autonomous systems. Crete is one of the most populous islands in the Mediterranean (8,336 km² - 634,930 inhabitants). Besides Crete there are around 25 medium-sized islands (100-1,000km²) and a large number of small islands (below 100 km²). Greece is currently carrying out interconnection plans, notably for Crete and several islands of the Cyclades. Of the total population of Greece, 15% lives on the islands. This corresponds to 1,650,000 people. The country is split into 7 regions, of which 2 cover only islands, specifically region of Crete and region of Aegean while another 4 include some islands and part of mainland such as Attica, Macedonia and Thrace, Thessaly and Central Greece and Peloponnese, Western Greece and Ionian. The regions plan and implement policies. Public authorities on islands are managed in the same way as other administrative entities in Greece. There are no special cases, apart from a reduced VAT on some islands.