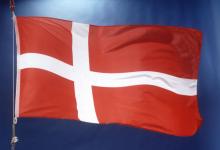 According to the Danish Integrated National Energy and Climate Plan, the country aims for a renewable share of total energy consumption of approximately 55% in 2030. Denmark expects the renewables share in the heating and cooling sector to increase from 53.5 % in 2020 to 59.9 % in 2030. For the RES-T sector, it is expected that by 2030, 19% of the energy consumption will come from renewable sources.