Silba and Iž - “Solar power plants - How, why and how much do they pay off?” lectures for inhabitants

As part of the project "Starting the energy transition on the Zadar islands" on May 27 and 28 in Iž and Silba, training entitled "Solar power plants on the roofs of houses - how, why and how much it pays off?" were held.

The training was held by Maja Jurišić, President of the Island Movement with many years of experience in the energy transition of Croatian and European islands.

The training was held on Friday in Mali and Veli Iž. More than 50 interested individuals attended the training on Friday, while more than 30 people attended Saturday's training in Silba.

The mapping of the energy potentials of the islands of Silba and Iž is currently underway, and property owners are invited to fill out a survey. All those who are ready to install solar power plants on their roofs are invited to attend a workshop, which will help them to prepare documentation and find out ways to finance part of the investment from public sources. The workshop is planned to be held in September.

All those who fill out the survey contribute to a document that will answer the questions of how ready the islands are for energy transition, what is their current consumption and what they need for further development.

The first part of the lecture deals with the current legislative framework - the EU framework for climate and energy policy, Directive (EU) 2018/2001 on the promotion of energy from renewable sources, and the European Green Plan and activities carried out in Croatia presented by the EU Clean Energy Secretariat. At the European Commission, whose regional partner is the Island Movement.

The areas of the energy transition on the islands in this lecture are divided into three categories:

Energy efficiency is considered the first step in the energy transition because it involves efficient energy conservation, which is achieved through a series of activities such as replacing windows and doors, renovating facades, replacing lighting fixtures and purchasing new machinery and equipment, all with energy efficiency.

E-mobility refers to the road and maritime transport on the islands. The third step is the installation of solar power plants on the roofs of houses with residents, business premises with entrepreneurs, craftsmen and other legal entities and on the roofs of public buildings managed by local governments.

Although we can often hear and read newspaper articles that Croatia is one of the most advanced countries in terms of the use of renewable energy sources, it is important to know that this does not apply to solar energy, but several dozen hydropower plants located in our area. Almost all hydropower plants were built during the last century, and due to their unfavourable impact on the environment, many argue that they should not be classified as renewable energy sources.

This brings us to the fact that, despite the extremely favourable conditions and a large number of sunny hours, we are the last in Europe to use solar energy.

Jurišić emphasized that not everything should be seen in a negative context and that we could accept the current situation as an opportunity to develop a quality energy transition with new technologies and better systems.

Why invest in a solar power plant?

The question of when and why to invest in a solar power plant bothers many people. The recent geopolitical situation between Ukraine and Russia has called into question Europe's energy supply, making the process of green transition and energy self-sufficiency faster than we expected.

Our money is losing value through inflation, the tourist situation is leading to network congestion, the potential of our climate remains untapped, and the question is how the world situation will affect tourism in Croatia. In addition, we all feel the effects of climate change by excessive consumption of conventional energy sources.

Our own production is more profitable for the consumer than buying from the grid, and by investing in a solar power plant, we increase our resilience to the continuous growth of electricity prices in the future. The savings are visible immediately, and the return on investment is relatively fast considering the amount of solar energy in our region.

The introduction of a system of renewable energy sources directly contributes to the sustainable development of the local community and creates an opportunity for new green jobs in Croatia, as well as reduces the negative impact on the environment. Maintenance costs are relatively low because the systems do not break down often and require minimal maintenance activity. The power plant itself produces electricity for 30 years.

The project "Starting the energy transition on Zadar islands" is co-financed by the Ministry of Regional Development and EU funds. 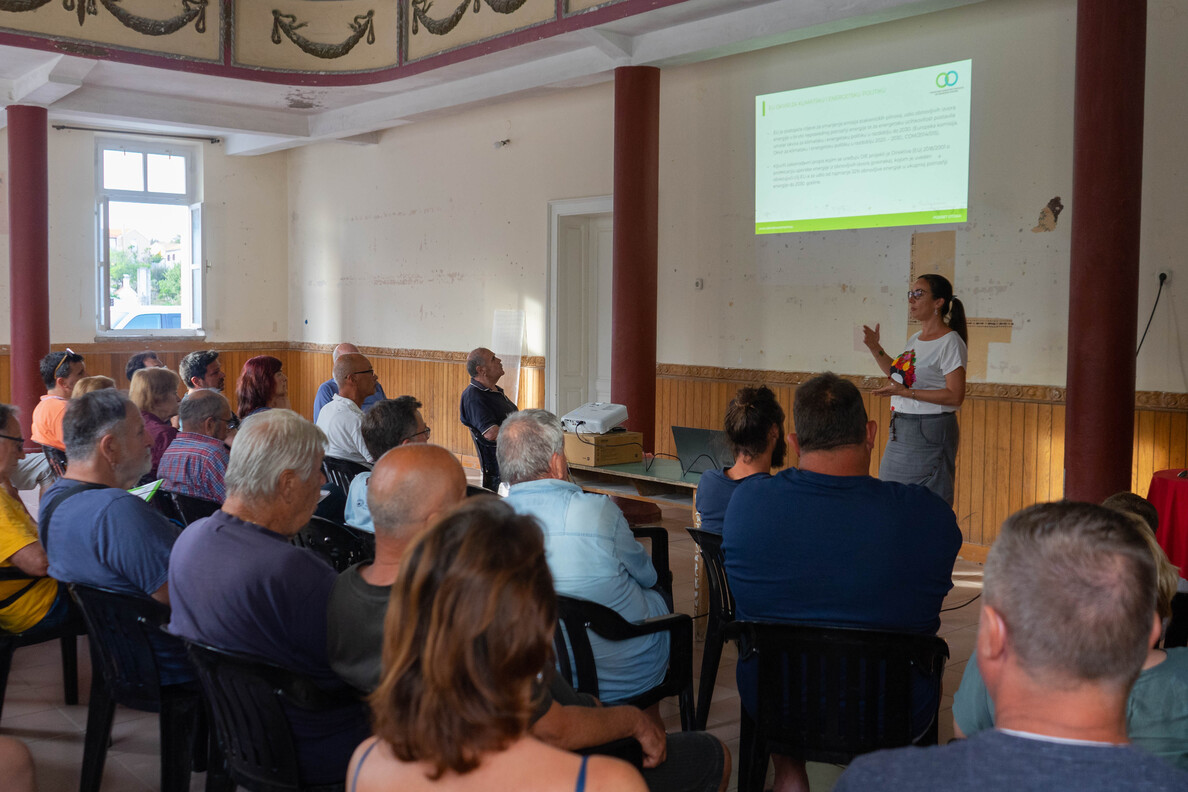