Congratulations to the winners of the #CE4EUIslands Gamechanger Award

On Tuesday 11 October 2022 the Clean energy for EU islands secretariat awarded the first #CE4EUislands Gamechanger Award, in a ceremony part of the European Week of Regions and Cities. More than 80 participants followed the Award Ceremony online which was streamed live from Brussels.

We are proud to announce the following winners, and shortlisted projects:

SAVE (Sustainable Actions for Viable Energy)

The recording is available here.

MEP Tonino Picula, Member of the European Parliament and Chair of the SEArica intergroup  opened the Award Ceremony. Being an islander himself he emphasised the need for ambitious initiatives to support the decarbonisation of EU islands, and he acknowledged the relevance and achievements of the submitted projects.

The Clean energy for EU Islands secretariat organised the Award and the Ceremony, with the support of NESOI - EU Islands Facility. The 27 submitted projects were scored according to four criteria: impact and replicability, community and stakeholder engagement, project progress and results, and alignment with REpowerEU objectives. The Islands secretariat would like to thank the Jury Members for their effort reviewing and assessing all the projects that applied, namely: Edita Dranseikaite and Jana Lapinova from the European Commission, Stefano Barberis from University of Genoa, Diana Gherasim from IFRI, and Ana Laca - Head of Cabinet of MEP Tonino Picula.

The top ten selected projects will receive extra technical assistance from the Clean energy for EU islands secretariat. The representatives of the three finalists were in addition invited to Brussels to present and give insights into their projects. Jan Cornillie - Director of the secretariat - and Marina Montero Carrero - technical coordinator -, hosted the Award Ceremony and MEP Tonino Picula handed the prizes to the award winners.

We would like to especially congratulate the winner of the Grand Jury Award, granted to Menorca for the project SYMBIOTIX - which had received technical assistance from the Clean energy for EU islands secretariat. The Award was collected by the Councillor Mr Josep Juaneda and the Mayor of Es Castell Ms Joana Escandell.

Congratulations as well to Crete for their project SAVE - supported by NESOI -, which received the Public Award after being the most voted by the public during the Ceremony; and to Tenerife for the project ADEJE VERDE, which was the third finalist. 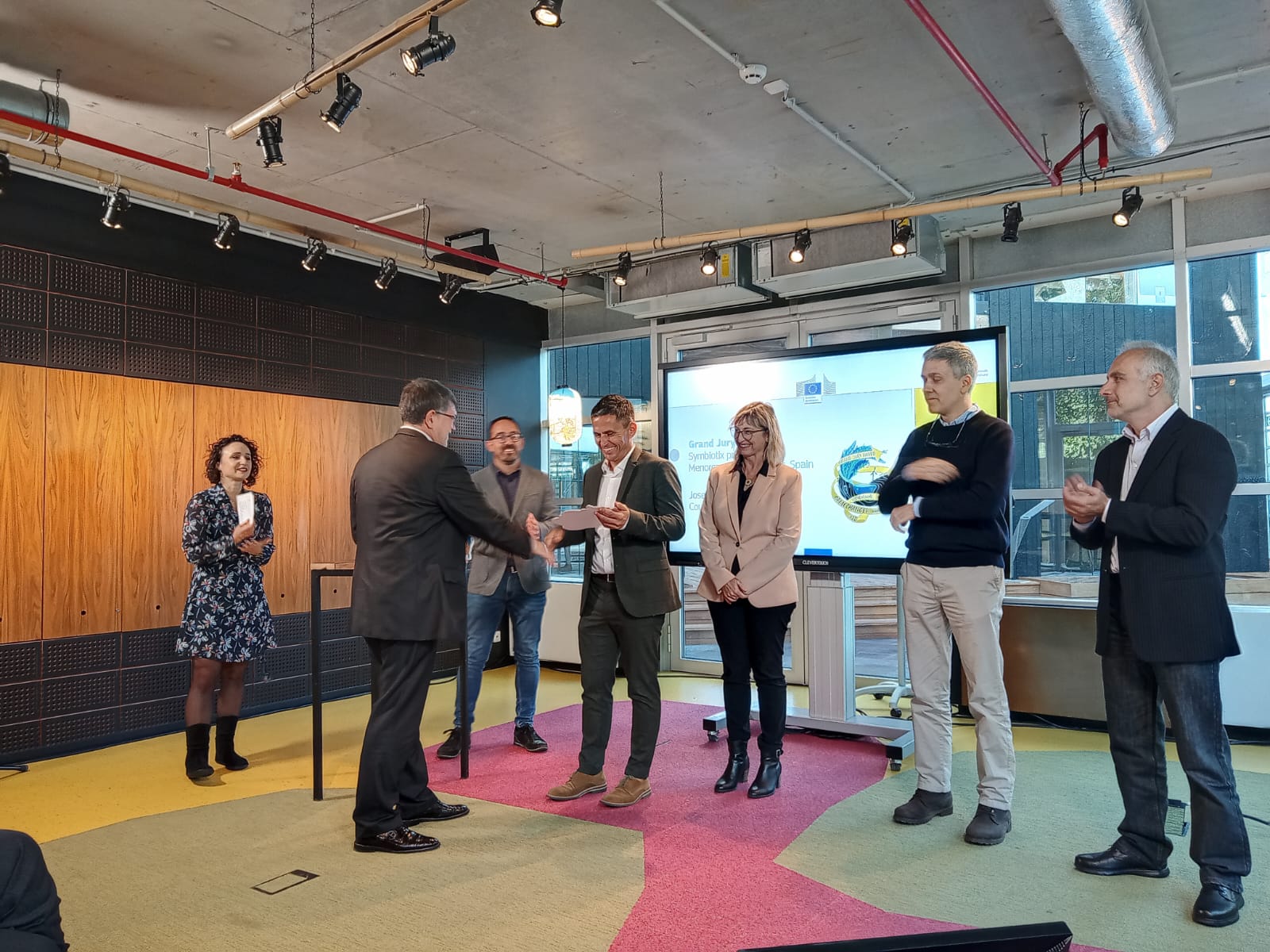 More than 100 people voted for their favourite project and gave recognition to SAVE Sustainable Actions for Viable Energy.